Seven outstanding finalists have been selected for the 2019 Australian Mental Health Prize. The prize, now in its fourth year, recognises Australians who have made outstanding contributions to the promotion of mental health or the prevention and treatment of mental illness. This year’s winner will be announced at a mental health forum and award ceremony at UNSW Sydney on 6 November 2019.

The finalists encompass a broad spectrum of Australians dedicating their lives to improving the mental health and wellbeing of people and communities across the country.

Ita Buttrose, Chair of the Australian Mental Health Prize Advisory Group said: “The Australian Mental Health Prize showcases the truly amazing work being done across this wonderful country to improve the mental health and wellbeing of our communities. The Prize shines a bright light on the selfless work of this year’s finalists who are making a positive difference in so many areas. They all deserve to be recognised and admired.”

A diverse and compassionate group of finalists

The breadth of this year’s finalists demonstrates the diverse and deeply compassionate work being undertaken in many challenging areas. From improving how Australia supports veterans, emergency personnel and regional communities, to working with people struggling with eating disorders, trauma, grief and loss. From system-wide reform and lifelong research, to innovative ways of communicating with children and delivering culturally sensitive and appropriate care to indigenous communities.

“Whether spurred by the insight of a deeply personal experience, or by the wisdom achieved from decades of experience, this year’s finalists have dedicated themselves to improving our knowledge and approach to mental health in Australia,” said Scientia Professor Henry Brodaty, from UNSW Medicine’s School of Psychiatry. “It is wonderful to see so much progress being made in this challenging area.”
Introducing the Australian Mental Health Prize 2019 Finalists

Connie Boglis is a passionate counsellor, youth worker and author who has turned her personal adversity into a positive platform for mental health reform. In 2017, Connie tragically lost her former partner, Afghanistan Veteran Jesse Bird, to mental illness. She took her grief and advocated for change within the Department of Veterans Affairs with a focus on improved transitional assistance for veterans and the need to acknowledge the role families play.

Connie actively serves on national committees for Beyond Blue’s Way Back Support Service program and the Department of Veterans Affairs Open Arms Peer Mentor program, both of which have a crucial focus on outreach and peer mentoring to support individuals who have attempted suicide or are at risk of attempting suicide. She is working to install a sculpture in the grounds of the Australian War Memorial, Canberra, that will acknowledge the war that comes home and to create a place where loved ones and the general public can remember and grieve, and where visitors can be educated. Connie is also the author of Once Upon a Feeling, a mindful story helping children to explore and express their emotions through creative techniques and conversations around feelings.

Christine Morgan is a dynamic leader in mental health care reform. She is the CEO of the National Mental Health Commission with responsibility to bring together the 2030 Vision for Mental Health and Suicide Prevention and associated system reform for Australia.

In July, Christine was also appointed as Suicide Prevention Advisor to the Prime Minister for an initial period of 18 months. As former CEO of the Butterfly Foundation, she led a collaborative advocacy strategy that included amplification of eating disorders as a serious mental and physical health issue. This is now being replicated internationally.

Christine is committed to listening and responding to the voice and needs of those with lived experience. She brings connection and commitment to mental health reform, built on the networks she established in the corporate world, her extensive legal expertise and her strong ability to demonstrate to people how their contribution can make a real difference. This has resulted in major policy reform, including federal government funding of $110 million for a specific Eating Disorders Item Number under the MBS (the first time a mental disorder has been recognised with its own item number).

Sue Murray is currently Managing Director of the Zero Suicide Institute of Australasia, advocating for improved management of suicidality within healthcare systems and alternative pathways to emergency departments for those who are experiencing a mental ill-health crisis. Her passion for these areas stems from her six years as Chief Executive and Research Fund Director with Australia’s peak advocacy organisation Suicide Prevention Australia (SPA). Under Sue’s leadership, SPA championed quality improvement with several initiatives. Firstly, SPA published Australia’s first national strategy to amplify the voice and increase the participation of those with lived experience in suicide prevention. Secondly, SPA advocated for Australia’s first dedicated national research fund for suicide prevention, with $12 million allocated over three years, prioritised towards accelerating knowledge into practice and supporting the next generation of new researchers. Thirdly, SPA promoted innovation through the National Research Action Plan for Suicide Prevention and knowledge sharing through shifting the national suicide prevention conference to an annual event and expanding participation three-fold. Sue is now supporting NSW Health roll out its $90 million Towards Zero Suicides initiatives.

Professor Gordon Parker AO is one of Australia’s foremost psychiatrists. He founded the Black Dog Institute and is currently Scientia Professor of Psychiatry, UNSW Sydney. For nearly two decades, he was Head of the School of Psychiatry at UNSW and Director of the Division of Psychiatry at Prince of Wales and Prince Henry Hospitals.

Known for employing innovative strategies to destigmatise mood disorders, including writing a successful play and a recent book of fiction, his research priority has been to define differing mood disorders with high precision and determine the effectiveness of differing therapies for separate conditions, a model challenging the current ‘one size fits all’ approach that compromises management and clinical outcomes.

He was editor of the Royal Australian and New Zealand Journal of Psychiatry and inaugural psychiatrist surveyor for the Australian Council on Hospital Standards.  He has published 20 books and more than 1,000 scientific papers, was awarded the 2004 Citation Laureate as the Australian researcher most highly referenced in the field of ‘Psychiatry/Psychology,’ reflecting funding by the NHMRC for over 40 years.

Her work includes coordinating the Aboriginal and Torres Strait Islander Mental Health First Aid Program, working with the NSW Mental Health Commission, and the NSW Auditor-General’s Report: Mental Health Service Planning for Aboriginal People in New South Wales. Donna is frequently called upon to interpret issues of grief, loss and trauma, common among Aboriginal people arriving at hospital in acute distress, and to apply her knowledge of how Aboriginal communities’ social structures influence the mental health of individuals. She is a tireless advocate for the mental health needs of her people and a deeply compassionate, ethical and skilled clinician. Donna is currently the District Coordinator for Aboriginal Mental Health and Drug & Alcohol at Western NSW Local Health District.

Associate Professor Tony Walker ASM is the CEO of Ambulance Victoria and an outstanding champion for mental health. A registered paramedic with almost 34 years’ experience as a clinician, researcher and leader within the ambulance sector in Victoria, he has made it his mission to improve the mental health and wellbeing of first responders.

In 2014, when Tony became CEO of Ambulance Victoria, mental health injury was normalised as ‘just part of the job’. Anxiety, depression and PTSD were common; paramedic suicide rates were four times that of the Victorian community and three times higher than other Victorian emergency services. Tony has led a multi-year, person-centred mental health and wellbeing strategy across Ambulance Victoria that is having a measurable impact. In addition to openly sharing his own experiences, he has partnered with organisations including Beyond Blue and Phoenix Australia to better understand the mental health needs of staff, breakdown stigma and normalise conversations around mental health, and improve mental health literacy through evidence-based education and awareness programs.

Joe Williams is a Wiradjuri, First Nations man born in Cowra, NSW. He has lived a 15-year span as a professional sports person, playing in the NRL for South Sydney Rabbitohs, Penrith Panthers and Canterbury Bulldogs before switching to professional Boxing in 2009.

While forging a successful professional sporting career, Joe battled the majority of his life with suicidal ideation and bipolar disorder. After a suicide attempt in 2012, he felt his purpose was to help people who struggle with mental illness through his foundation, The Enemy Within. Joe is an author, having released his own autobiography titled Defying the Enemy Within, in 2017 and features in the global documentary Suicide, the Ripple Effect with fellow advocate Kevin Hines.

The Australian Mental Health Prize was established in 2016 by UNSW through its School of Psychiatry, Australia’s pre-eminent psychiatric research department within UNSW Medicine. It recognises Australians who have made outstanding contributions to either the promotion of mental health, or the prevention/treatment of mental illness.

Mental illnesses are common and highly disabling. In any one year, one in five adult Australians and one in seven children aged 4 to 17, will experience some form of mental illness. One in three Australians will have a mental illness in their lifetime.

Each year Lanham Media works closely with the Chair of the Australian Mental Health Prize Advisory Group, Ita Buttrose, to achieve significant and wide-reaching media coverage across print, radio and TV for the prize, including the call for nominations and announcement of the finalists and winner.

Mature worker with disability? Improve your job prospects by getting tech savvy 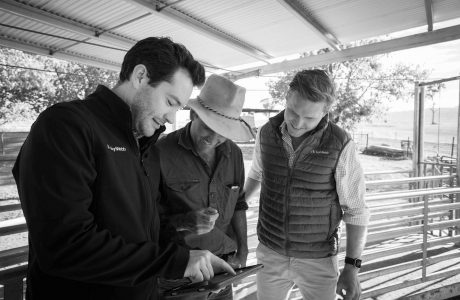 Mature worker with disability? Improve your job prospects by getting tech savvy

The most recent review into Australia’s retirement income system found that almost 20% of Australians between the ages of 55 and 64 were receiving...

END_OF_DOCUMENT_TOKEN_TO_BE_REPLACED

LiveBig is a new player on the NDIS block that innovatively delivers allied health and assessment services to people with disability, including NDIS...

END_OF_DOCUMENT_TOKEN_TO_BE_REPLACED

Get in contact today to discuss your business potential